SNK Allstar is an officially recognized King of Fighters spin-off, bringing together an all-star cast of fighters from KoF, Samurai Shodown, The Last Blade, and the greater SNK universe such as Ukyo Tachibana, Kyo Kusanagi, Mai Shiranui, etc. 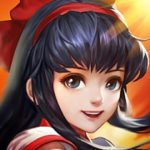 Download
0/5 No votes
Report
Developer
Superprism Technology Co. LtdVersion
0.0.1
Updated
July 28, 2020Requirements
4.4 and up
Get it on

SNK Allstar Apk is an officially recognized King of Fighters spin-off, bringing together an all-star cast of fighters from KoF, Samurai Shodown, The Last Blade, and the greater SNK universe such as Ukyo Tachibana, Kyo Kusanagi, Mai Shiranui, etc.

Experience innovative and creative combat mechanics that deviates but pays homage to the original arcade beat-’em-up’s style. Recruit dozens of fighters from eight different styles and over 20 factions before unleashing their might in a clash to behold.

1. Enter the Tournament, Join the Universe
Witness an ageless battle between good and evil as the descendants of the Three Artifact Clans face the forces of the Orochi. Watch as over 70 characters from the SNK universe come together to do battle in the King of Fighters tournament, including such individuals as Ukyo Tachibana from the cast of Samurai Shodown and other legendary heroes from The Last Blade!

Recruit incredible fighters such as Kyo Kusanagi, Terry Bogard, Yuri Sakazaki, and Mai Shiranui just by logging into the game. These heroes and countless other rewards await within SNK Allstar.

3. Limitless Character Empowerment
Engage in innovative and pulse-pounding real-time combat that will have you chaining devastating combos, marveling at gorgeous effects, before decimating your foes your ultimate moves. There is no upper limit to character empowerment, so prepare to make your already mighty fighters legendary!

4. Expansive Game Modes, Endless Challenges
Play through the campaign, face your foes in resource battles, and capture territory for your club in a game mode that has you sharing a card pool with your foes for balance. Master your tactics to optimize your combat effectiveness and enjoy overcoming endless challenges.

5. Build a Team, Join a Community

Experience countless opportunities to socialize with your fellow players. Challenge your friends to battles, chat with them in real-time, form the strongest teams, and come together to take the King of Fighters tournament by storm. 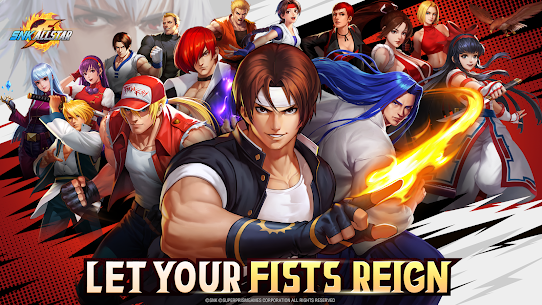 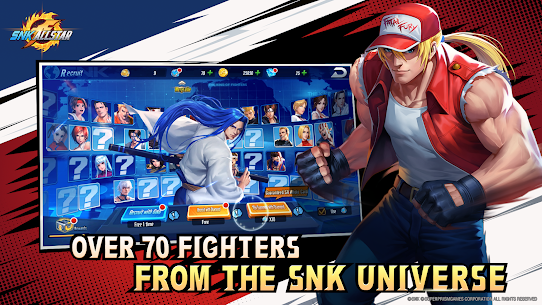 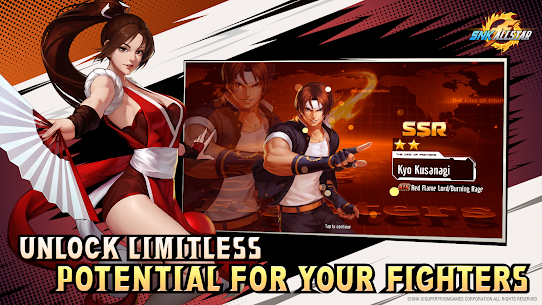 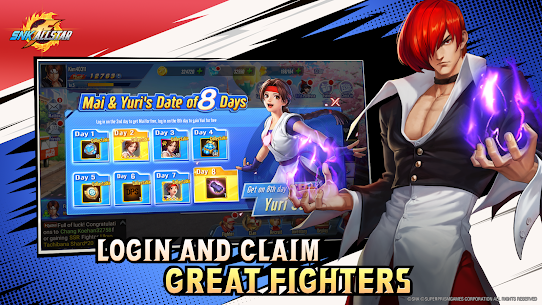 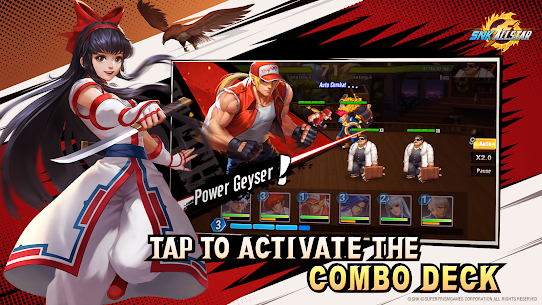